The Treasury secretary said the department thinks using crypto to evade sanctions on a large scale "is something that is not easy to do." 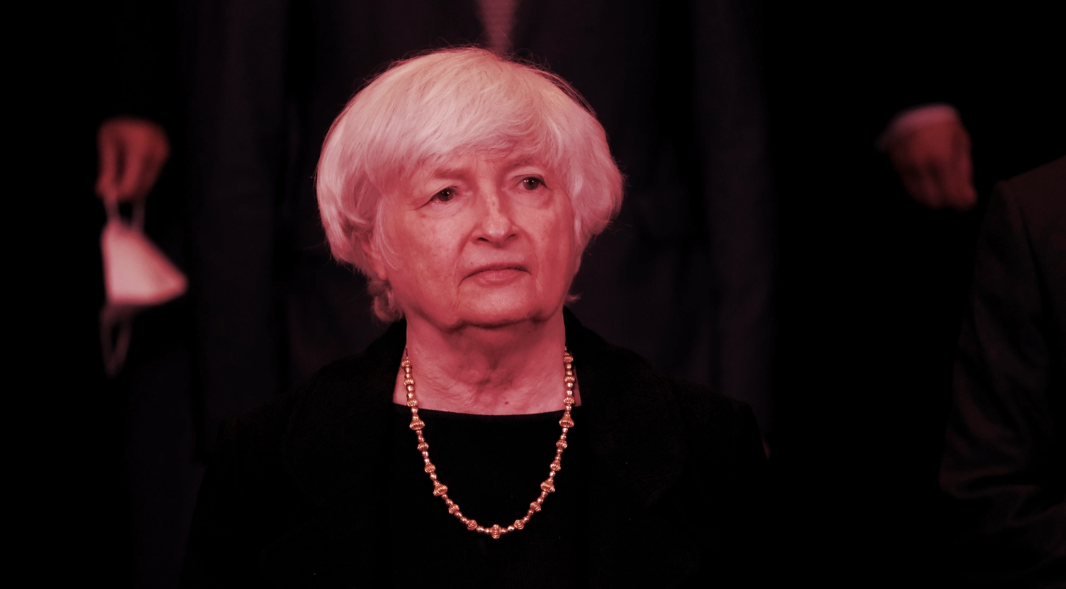 Since the U.S. introduced fresh sanctions on Russia in response to its February 24 invasion of Ukraine, prominent political figures and armchair observers alike have been asking whether cryptocurrency would allow the Kremlin to evade them.

Treasury Secretary Janet Yellen has remained skeptical of that line of thought, stating in early March, "It's not that that sector is completely one where things can be evaded." Today, she declared during a hearing of the House Committee on Financial Services that while "it is a channel we're worried about, we haven't seen significant evasion through crypto so far."

After saying that the Treasury Department continues to monitor the situation, Yellen alluded to the fact that large transactions would be easily viewable on public blockchain explorers—and spotted by private analytics firms.

Said Yellen: "Trying to use crypto at a large scale, simply, we think is something that is not easy to do."

In late February, the U.S. and allies froze $400 billion in foreign assets owned by the Russian central bank, contributing to a currency crisis as the ruble lost much of its value relative to other currencies. Meanwhile, European leaders helped push Russian banks out of the SWIFT network, which financial institutions use to coordinate transactions.

In early March, the Biden administration halted imports of oil and gas from Russia. The U.S. has also restricted exports of technology hardware and software, making it more difficult for Russia's military to replace parts for the war effort.

But some legislators, most prominently Sen. Elizabeth Warren (D-MA), are worried that cryptocurrency provides an end run around such sanctions. In a March letter to Yellen, Warren joined Senators Mark Warner (D-VA), Jack Reed (D-RI), and Sherrod Brown (D-OH) in claiming that crypto assets "allow entities to bypass the traditional financial system."

They have a point. Cryptocurrency ecosystems, especially within decentralized finance, allow people to make transactions without utilizing traditional financial intermediaries. You can swap tokens, lend them out, and earn interest without ever talking to a bank or broker.

But dealing in billions of dollars is a bit different; there's not enough liquidity to quietly tiptoe around sanctions. Moreover, exchanges play a major role serving as on-ramps and off-ramps to crypto. Said Yellen today: "Exchanges, those who use crypto to get in and out of it, buy things in hard currencies, and exchanges are subject to [anti-money laundering/combating the financing of terrorism] regulations. So they're part of the financial system that is subject to those regulations."

If they are, the Treasury Department isn't seeing evidence of it.

Our site may use cookies, which may contain tracking information about visitors, to ensure that we give you the best experience on our website. By continuing to browse this site you agree to our use of cookies.Ok