Crypto is becoming mainstream in Washington, D.C.—so why are politicians still shy about showing their crypto stripes? 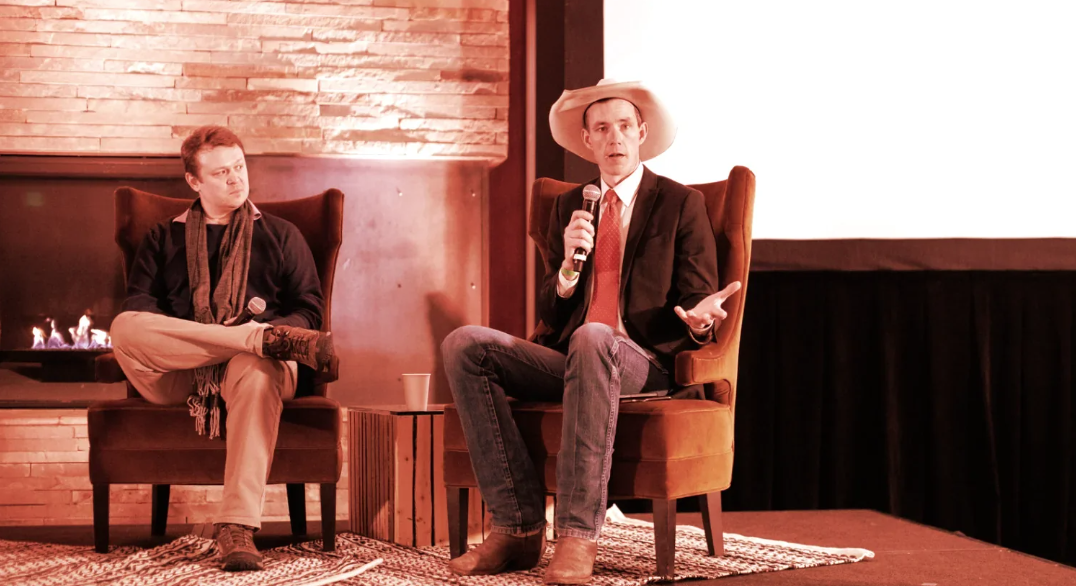 Crypto is a bigger topic in the halls of U.S. government than it's ever been.

President Joe Biden issued an executive order on crypto, mobilizing multiple agencies to get on the same page about regulating the industry. Senator Cynthia Lummis (R-Wy.) is a vocal crypto proponent, and recently defended her right to own Bitcoin as a policymaker. Former South Carolina Representative Mick Mulvaney, nicknamed the "Bitcoin Congressman," was a top aide to President Donald Trump. Senator Ted Cruz (R-Tx.) is a crypto advocate who argued for changing the restrictive "broker" definition in the Senate infrastructure bill. Miami Mayor Francis Suarez and New York City Mayor Eric Adams are among multiple "crypto mayors" who are gaga for crypto and plan to take paychecks in Bitcoin.

And yet, if you're an elected official or currently running for office, it seems you still can't lead with crypto. It can't be your primary talking point, or you get branded as a crypto crazy.

"That is a concern," said Matt West, a Democrat and former Yearn Finance developer running for congress in Oregon, when I asked him at the end of a panel at Camp Ethereal in Wyoming last month. "When I'm going around my district, which does lean fairly to the left … it does come across as fairly negative. Full stop. And that's a real issue. That's an issue with our messaging and our branding inside of this community, more than anything else."

West said that to avoid getting "pigeonholed," he leads with climate change, homelessness, income inequality ("all those traditional Democratic talking points"), and then, eventually, people "learn about crypto and my background in it," and that's when he lets his crypto out, so to speak.

Politicians are embracing crypto on both sides of the aisle. Matt West, running for congress in Oregon, Matthew Diemer, running for congress in Ohio, and former Wyoming Rep. Tyler Lindholm discussed crypto and politics on a panel with Decrypt's Jeff Roberts at Camp Ethereal in Wyoming. As Diemer pointed out, "We have a conservative Republican, a progressive Democrat, and a moderate Democrat on the same stage, unified by crypto and the idea of making sensible regulation."

Andrew Yang learned the hard way. The Bitcoin-touting 2020 presidential candidate was an early frontrunner in the 2021 New York mayoral race until he fell behind former police officer Eric Adams, ironically a fellow crypto-advocate, who made crime his leading issue and waited until 20 days into his tenure to truly let his crypto out.

Yang said on our gm podcast last month that, "The days of [crypto] being off of D.C.'s menu or radar screen are very, very quickly coming to an end." But even as he promotes a lobbying DAO that aims to spur change in D.C. using crypto, he also says the DAO's work will still involve "doing things the old-fashioned way."

That right there is the lingering problem: The old-fashioned way still reigns in Washington. And the biggest power-players in the old guard aren't ready for something they see as new (even though Bitcoin's been around 13 years) and "shadowy."

Caitlin Long, a 22-year Wall Street veteran who left the big banks to launch a Bitcoin bank, said on our gm podcast that the crypto reactionaries in D.C. break down into two groups: big government or big business. "Those who are true big government believers are going to be anti-crypto, because crypto is not about centralization, it's about decentralization—and oftentimes, you see those same folks being very anti big tech," Long said. "And then there's the big business crowd. Most folks will never admit that they're either big government or big business types, but look at what they actually do. The big business types protect the big banks, and take an awful lot of donations from them."

Many of the prominent pols who have criticized crypto fit clearly into one of the two groups Long described. Perhaps that won't change until the makeup of Washington changes—and that's up to the voters.

This is Roberts on Crypto, a weekend column from Decrypt Editor-in-Chief Daniel Roberts and Decrypt Executive Editor Jeff John Roberts. Sign up for the Decrypt Debrief email newsletter to get it in your inbox every Saturday. And read last weekend's column: Web3 Is Supposed to Be Secure. What About All These Hacks?