The CNBC Bitcoin Curse: Why Some Traders Are Nervous Again 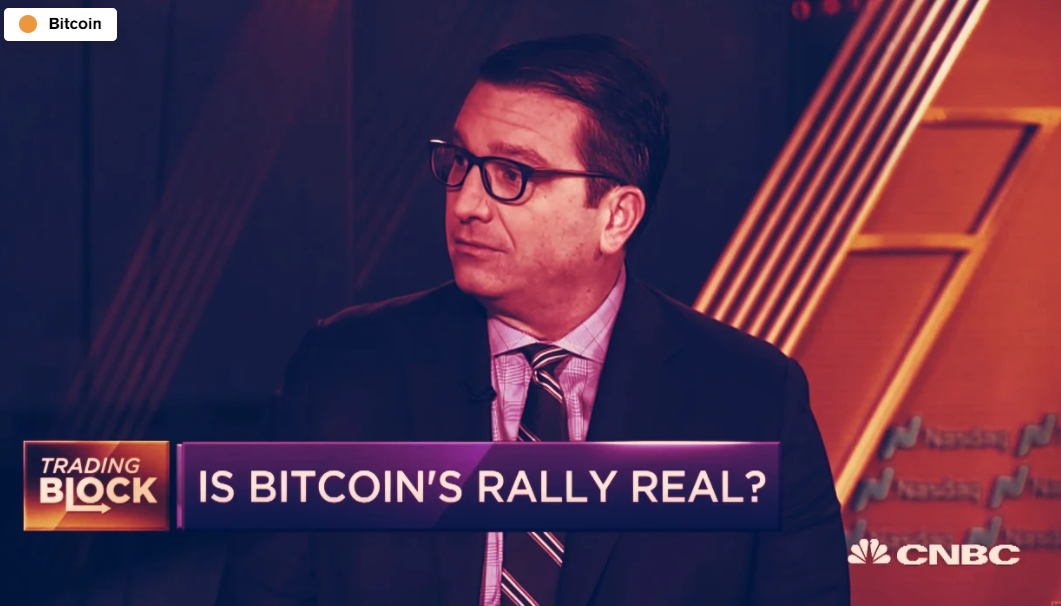 Crypto Twitter is no fan of Brian Kelly, a self-described “Bitcoin Televangelist” who CNBC calls on whenever Bitcoin is doing well.

The “CNBC Curse,” they call it, since by the time Kelly’s preaching about Bitcoin it’s too late—Bitcoin’s too popular, whales will dump while the masses pump the price up, and then the price will crash shortly thereafter.

It’s not that Kelly or CNBC crash Bitcoin’s price, but that his presence on CNBC shows that Bitcoin has hit the big time once again. At the tail end of 2017, Bitcoin was everywhere, part of the 24-hour-news cycle and the investment of the year. Then the price crashed at the beginning of 2018 and Bitcoin news stopped circulating among the masses.

“I think there is an underlying sense within cryptocurrency communities that mainstream media don't understand much about crypto and by the time they catch onto something it is too late,” the pseudonymous operator of Million Fiat Homepage, "Mathew," told Decrypt.

Mathew, like others, thinks the curse is more of an inside joke than a trading signal. “A lot of crypto twitter just find it funny when the mainstream media wade into crypto and make pronouncements as if they know what is happening because those of us closer to it see how rarely it is possible to have a clue what is going to happen next,” they said.

But others take the “Curse” more literally. Wilco van Boxtel, a crypto trader, told Decrypt that the “Curse” is a “well known fact under traders.” When asked for evidence, Boxtel said, “Part of untold trader secrets. Look at previous market tops in bitcoin and markets and what was communicated on the news. And see the same effect.”

Given the lack of research around the topic, the theory’s hard to disprove. When asked about the theory, Simon Peters, a market analyst at trading site eToro, told Decrypt that there’s “Some truth to it I suppose. Some savvy investors would look to sell.” Then Peters quoted Warren Buffett: “Be fearful when others are greedy and greedy when others are fearful.”

Nic Carter, a venture capitalist at Castle Island Ventures, told Decrypt that he does not think that Kelly’s appearance on CNBC suggests Bitcoin-mania. He has not “seen the excitement extend into truly euphoric territory just yet, so I feel ok about this rally.” Carter added, “Retail is just less interested in the asset class this time around.”