Investors are fleeing from both the precious yell metal and Bitcoin, attracted by a strong dollar and high bond yields. 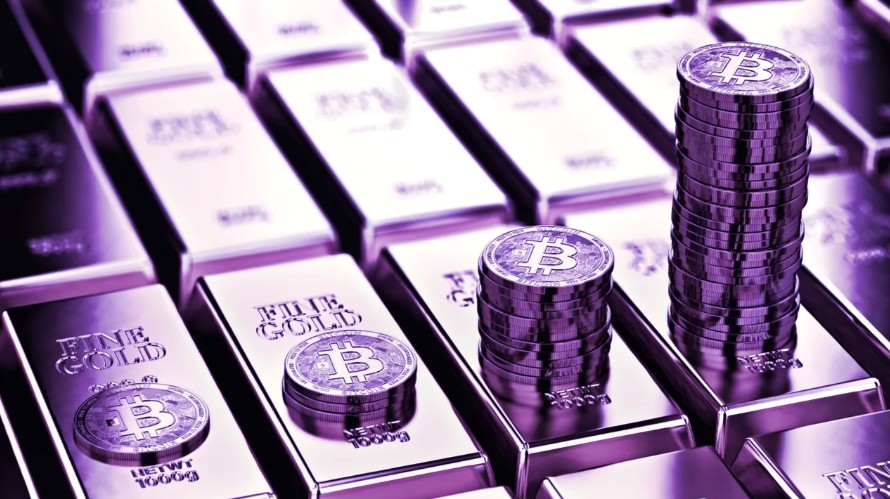 Bitcoin’s correlation with gold has just hit its highest level in the last 12 months this week, as investors have been lured by a strong dollar amid rising interest rates.

While Bitcoin has long been hailed as a “digital gold” and a hedge against inflation, like the yellow metal, it appears that investors disagree.

Over the past few months, as inflation soared, both Bitcoin and gold have seen big drops in value, leading to a year-high correlation of +0.4, according to Kaiko Research.

A correlation of +1.0 means two assets move in perfect synchrony in the same direction. Bitcoin and gold’s correlation has mostly sat between -0.2 and +0.2 over the last year, meaning that they have been largely uncorrelated.

For context, Bitcoin and the S&P 500 have a correlation of around +0.61, as crypto is often traded with other risky assets, according to data from CoinMetrics as of September 30.

“It is too soon to declare an official ‘de-coupling’ between Bitcoin and equities, although Bitcoin's rising correlation with gold suggests a slight shift in market structure,” Kaiko Research told Decrypt.

After rallying as a safe haven on the heels of the Russia-Ukraine conflict in February this year, gold has now lost all its gains and is down 10% year to date.

The precious metal is highly sensitive to rising U.S. interest rates, as it is priced in and backed by dollars. Higher rates increase the opportunity cost of holding metal that doesn’t produce returns, as that money could be used to buy government bonds that now pay higher rates of return, for example.

“Gold and the other semi-investment metals like silver and platinum will likely continue to remain under pressure until the market reaches peak hawkishness,” said Ole Hansen, head of commodity strategy at Saxo Bank, in a note.

Bitcoin has also suffered the effects of rising interest rates instituted by central banks across the globe, which has made institutional investors less keen to throw money at unstable cryptocurrencies.

In addition, a worsening economy and rising consumer prices also left many retail investors with less money to park in volatile investments like Bitcoin and other cryptocurrencies.

However, there are hopes that central banks might reverse course soon and turn back to quantitative easing.

The Bank of Japan and the Bank of England both injected capital into the economy in September. If the Federal Reserve joined in, it would be likely to depress the dollar and would likely make other assets more appealing again.