Ethereum has a gas fee problem. But while rivals like Solana and Avalanche have much smaller fees, they aren't immune to spikes either as they grow. 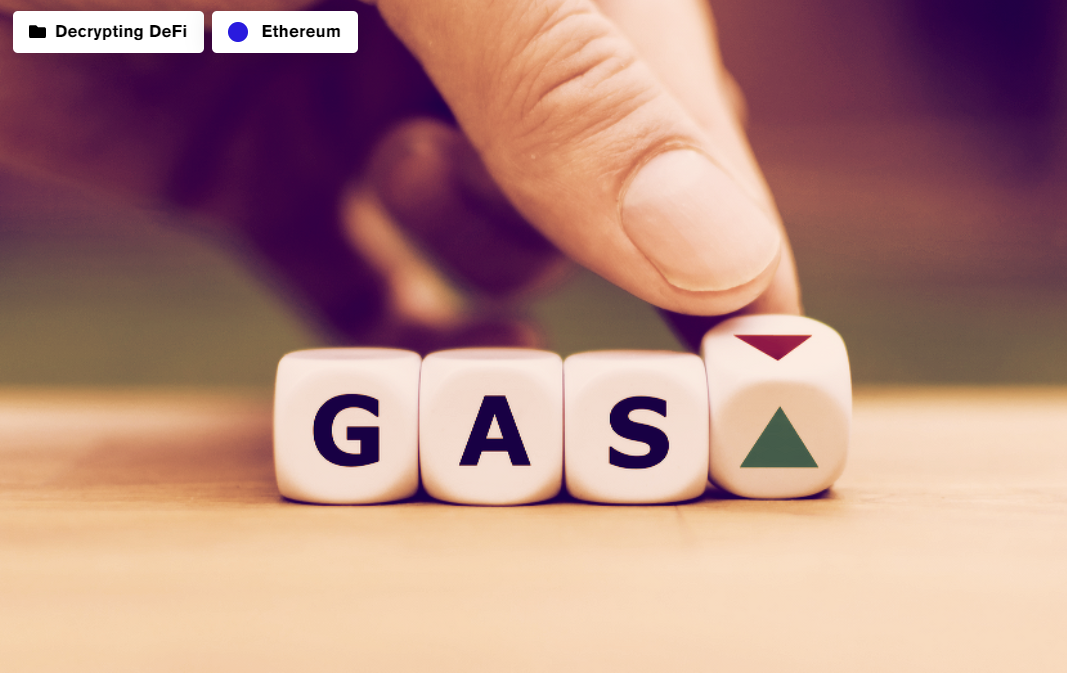 A few weeks ago, the debate over Ethereum's high gas fees and usability heated up again, at a time when rival smart contracts networks like Solana and Avalanche are gaining traction.

But gas fees are likely to remain a huge issue in DeFi—no matter which chain you use.

And this isn’t a particularly new phenomenon. If you remember back in 2017, a fun little crypto game called CryptoKitties went viral and wreaked similar havoc on Ethereum’s gas fees.

Thankfully, gas fees eventually receded. These days, they're back with a vengeance.

In fact, throughout this bull market, which we could say started around January 2020, fees on Ethereum have remained a painful topic of discussion for users. There have certainly been spikes and drops, but the average price of gas has never been this high for this long. That’s because as the bull run continues, more users pile into the network each day. 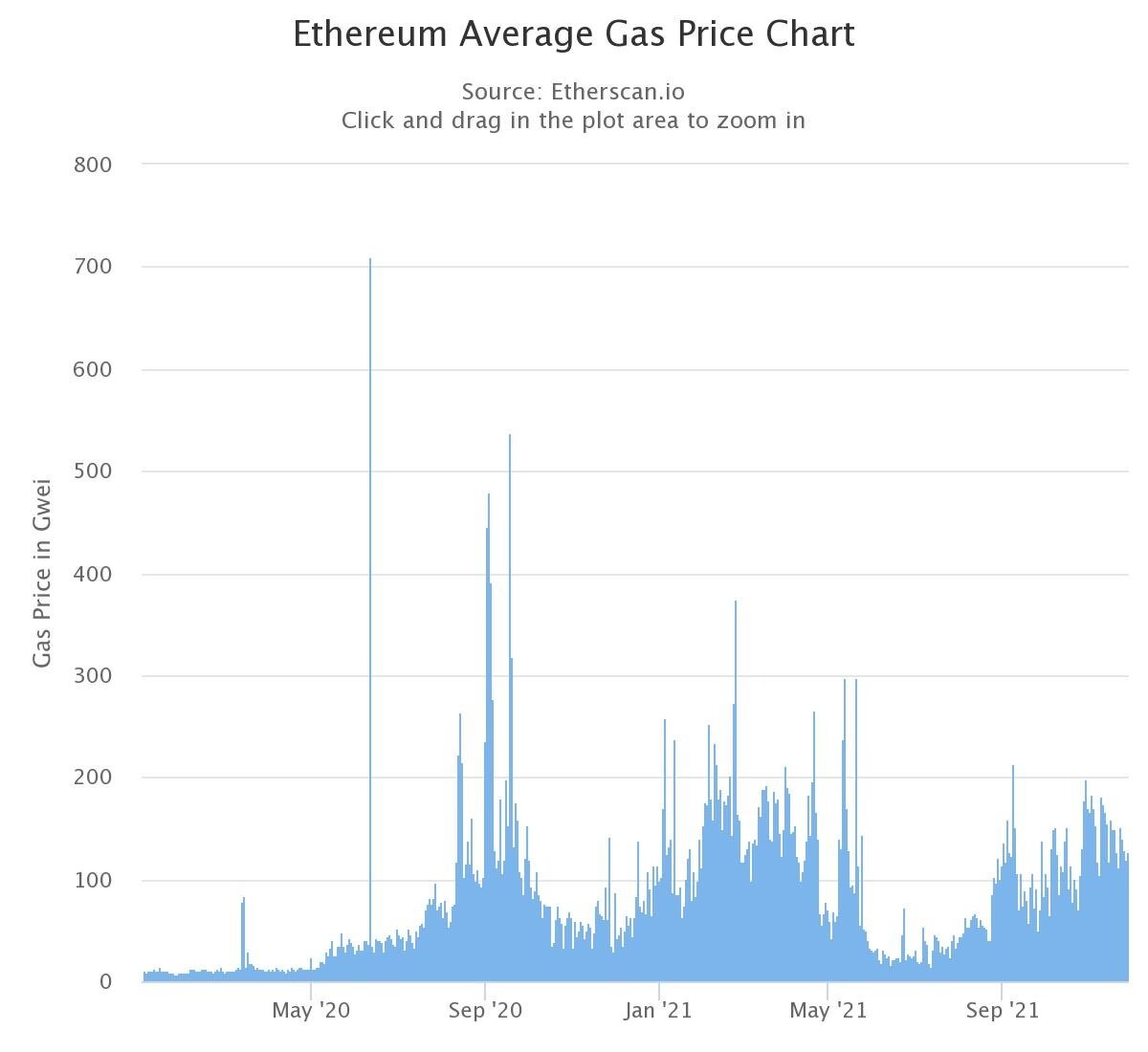 This narrative has naturally been a huge boon for competing layer-one networks, particularly Solana and Avalanche. They pitch an equally rich crypto experience as Ethereum, minus the prohibitive cost of transacting.

And, for the most part, these networks have made good on their promises.

For context, depositing just 50 USDC on the popular lending and borrowing service Aave through Ethereum currently costs about $156.

The same transaction on Avalanche costs 0.01007 AVAX, or $1.13. Kevin Sekniqi, Avalanche’s COO, has also said that the fee estimates shown on popular crypto wallets are incorrect. So even that $1.13 might be a bit high. 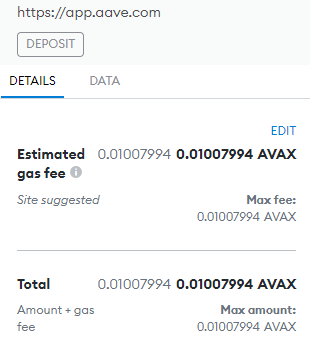 If you just joined crypto and only now catching up with this conversation, choosing between the two chains is pretty easy. Spending roughly $1 instead of more than $100 for the same service is a no-brainer.

But if you’ve been in the Avalanche ecosystem for the past three months, you might still be a bit irked.

“Almost [$2] for [a] small transaction on Pangolin,” wrote a Redditor back in August when using Pangolin, a decentralized exchange on Avalanche. “Seems like [no one] talks about this. Is it just me who [minds]? How do you want to make P2E games on this? Will go back to [a] lower fees chain prob."

Another wrote, “I'm very impressed with the speed of this network, but in terms of fees Polygon and Kucoin networks are far far cheaper. I make over 1,000 transactions/week so AVAX in [its] current state [it’s] just not for me.”

It’s essentially the same conversation the Ethereum community has been having since the network encountered this issue in 2017. And if Avalanche continues to gather more of the market, you can expect to see many of these same issues moving ahead. Sekniqi has himself also admitted that he doesn’t expect Avalanche “to keep thousands of [transactions per second] at low fees.”

And, just like Ethereum, Avalanche has a scaling solution for this issue.

Called “Subnets,” these are similar to sidechains on Ethereum in that they batch activity away from the network’s mainnet and allow for higher throughput and lower costs. There’s a lot more to unpack regarding the similarities and differences between these two chains, but I think you get the gist of what’s happening here.

These kinds of networks are essentially fee markets, in which transactions compete for block space to be processed. As that block space fills up due to an increase in activity, this market becomes all the more competitive.

If you’re playing this game, like Avalanche, Solana, and Ethereum all are, then one of the primary ways to alleviate this competition is to increase the block size (but there are, of course, others). This is roughly what Solana and Avalanche have done.

Anyway, no matter how you slice it, more activity inevitably begets higher prices.

And to bring this idea to a head, if we’re to imagine that blockchain technology is to underpin all financial markets, then the current design landscape means the future is probably going to be expensive.

Decrypting DeFi is our weekly DeFi newsletter, always led by this essay. Subscribers to our emails get to read the essay first, the day before it goes on our site. Subscribe here.