The price of the asset remains relatively stable today. 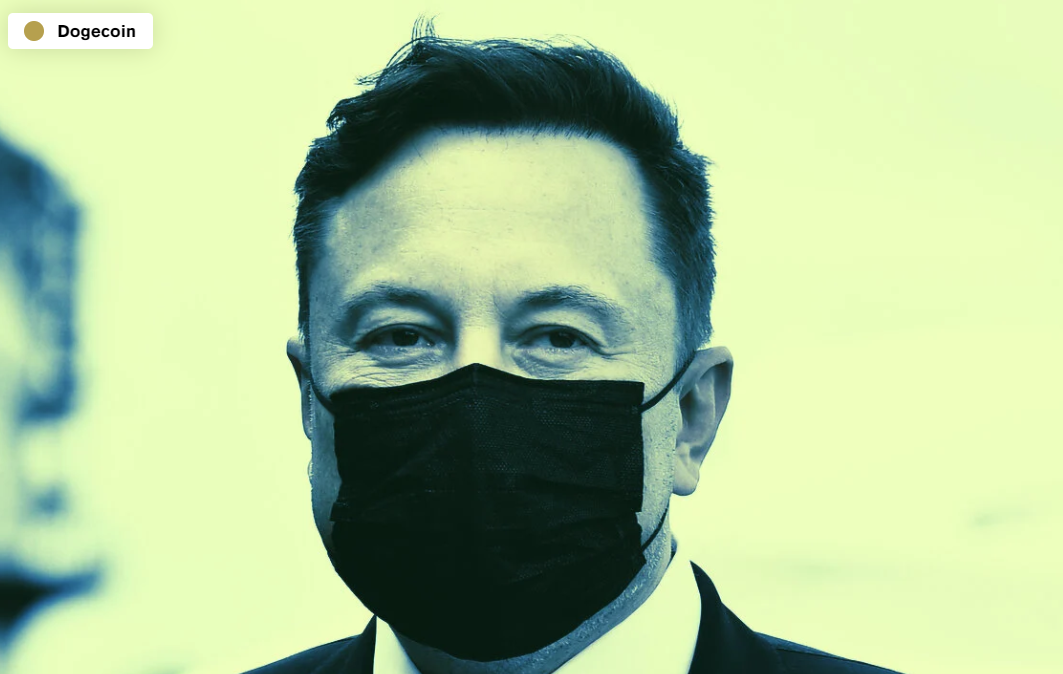 Musk has a knack for pushing the price of cryptocurrencies up—and down—with sixty-character memos to his 55 million Twitter followers.

So, the market for Dogecoin, hungry for any sort of development to spur trading, responded by…doing nothing. Actually, less than nothing. The market for DOGE is down slightly in the hours since the tweet. 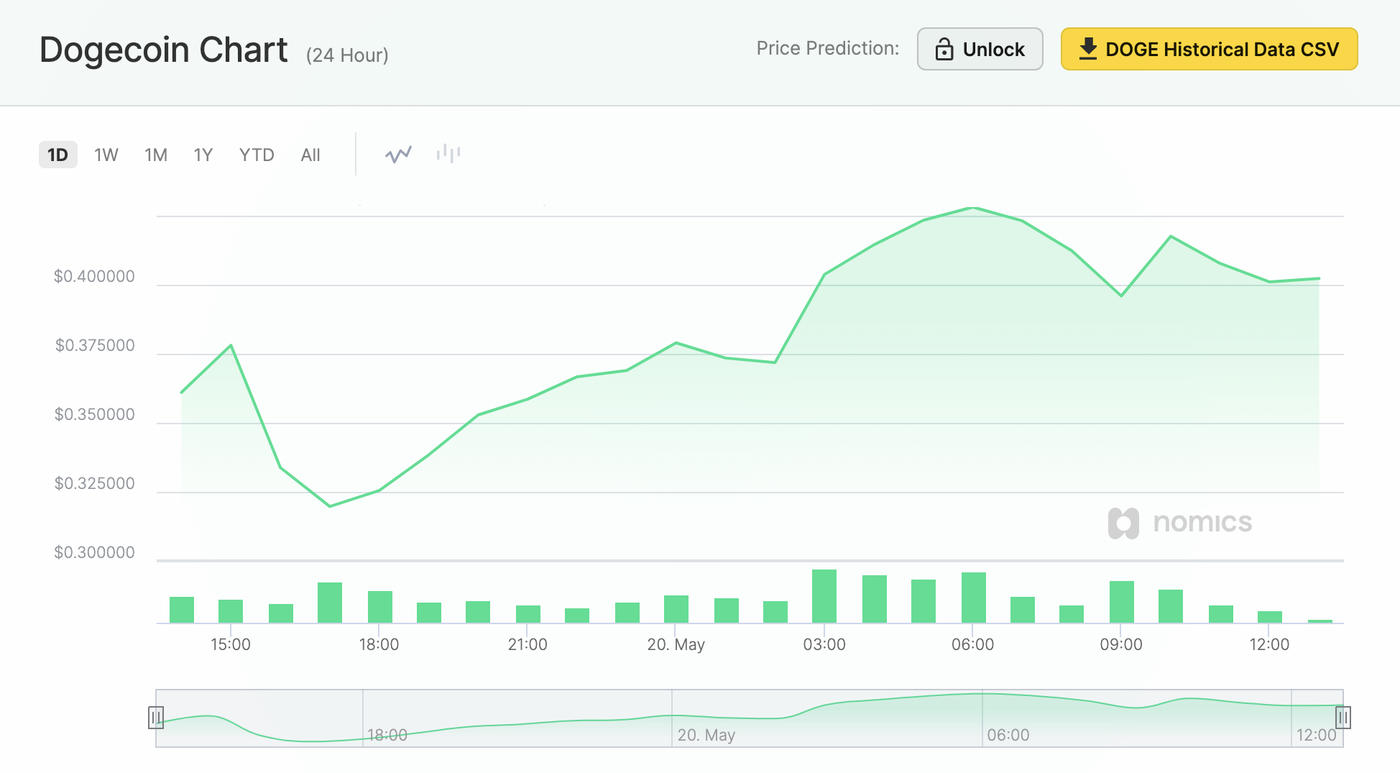 Dogecoin price on May 20. Source: Nomics

At least one whale was buying on the news, however. The person in control of the address with the most Dogecoin today bought another 4.2069 DOGE (a combination of the cannabis-associated numerals and a sexual position because…humor). The purchase, worth $1.70, comes after a May 18 transaction of 420.69 DOGE worth $192.92. Though that wallet did sell 100 million DOGE ($7.3 million) on April 12, there's nearly $15 billion in it, and speculation is rife that it belongs to Musk–or, at least, to someone who admires him. For instance, the same wallet has a penchant for making transactions of 28.061971 DOGE, an apparent reference to Musk's birthday: June 28, 1971.

Others believe the wallet belongs to Robinhood, the mobile trading app that features Dogecoin as one of its seven tradable assets. Data scientist Tom Robinson of Elliptic was quoted in February as saying, "The timings of its creation, and the creation of the addresses that it received funds from, match the timings of Robinhood's support of Dogecoin."

In this case, "the additions made to it in small increments are people leaving digital graffiti on the wallet," wrote crypto farmer Blaise Mikkelsen.

Either way, an extra $1.70 coupled with a tweeted response haven't been enough to move a market worth $52 billion, even one as volatile as Dogecoin. That could be because there's only so much Musk can pump the markets in one day. After tweeting "How much is that Doge in the window?" early this morning, the asset went from just less to $0.37 to $0.40 in minutes. That's where it remains.

Musk's influence is perhaps, maybe, (hopefully?) waning as retail crypto investors tire of the yo-yo and look for other indicators to pin down a price.

For those who haven't ridden the Crypto Twitter rollercoaster, take Musk's on-again, off-again relationship with Bitcoin. In January, Tesla announced it had bought $1.5 billion worth of the digital asset. Moreover, it stated it would be accepting BTC for its cars without cashing out the profits for fiat. Bitcoin prices surged by thousands in the course of hours.

But in its Q1 earnings report, the company stated it had sold 10% of its BTC stash to "prove liquidity of Bitcoin as an alternative to holding cash." Then, on May 12, Musk stated Tesla would no longer accept BTC due to environmental concerns. BTC, which started that day at $57,000, slid to $50,000 by the end of it.

But then yesterday: Musk tweeted diamond and hand emojis next to the name Tesla, suggesting that the electric car maker will not be selling its Bitcoin holdings. As if on cue, the Bitcoin market bounced back up 9% in less than an hour.

But…that came just a few days after Musk obliquely suggested Bitcoin was going to dump its Bitcoin and sent a series of tweets critical of the "centralized" currency.

All of that dovetails with Dogecoin, which has more often been the beneficiary of Musk's verbal beneficence. Musk, with an assist from Dallas Mavericks owner Mark Cuban, helped push the joke coin into the national consciousness. At its height, DOGE, which until this year had never reached $0.02, was trading for $0.70. It now has a market cap of $52 billion, the seventh-highest in crypto.

Yet while hosting Saturday Night Live on May 8, he took the opportunity to poke fun of the coin in his opening monologue and later, in character, called it "a hustle." The price of the coin tanked as whales cashed out.

And, of course, now he's back driving the Doge bus. Musk claims to be working with developers to improve Dogecoin and make it better than Bitcoin. "Ideally, Doge speeds up block time 10X, increases block size 10X & drops fee 100X," he tweeted on May 15. "Then it wins hands down."

While that all might sound great to DOGE holders, maybe we'd all be better off if he just sold and put down his iPhone.

This article has been updated.