Someone Paid $450K to Be Snoop Dogg’s Metaverse Neighbor

California-based rapper Snoop Dogg is now a resident of The Sandbox metaverse. And someone really wants to live right next door. 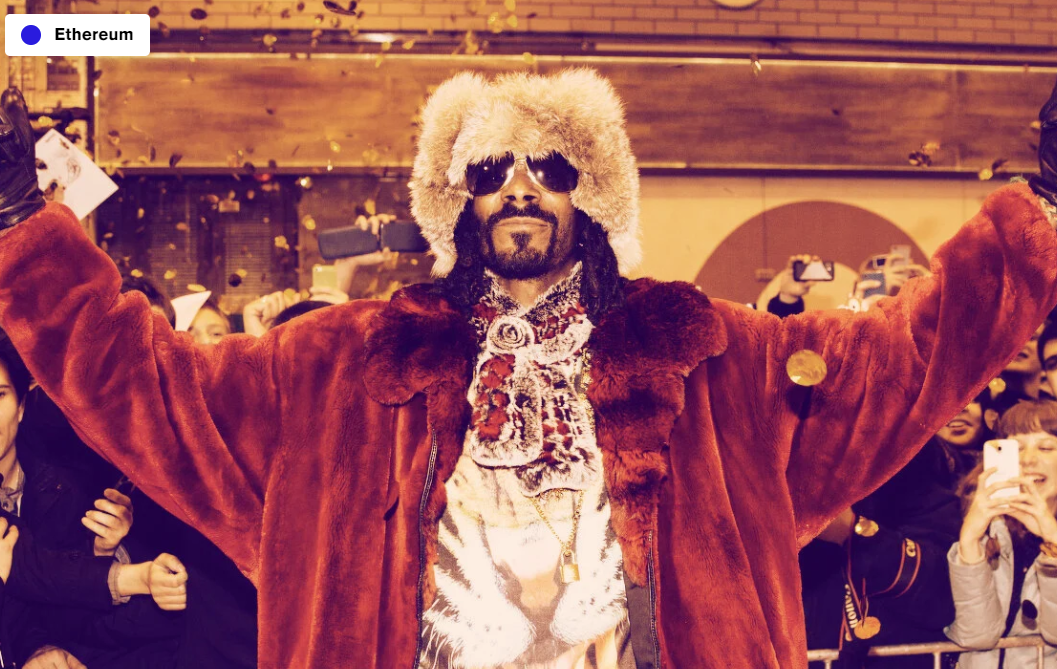 Snoop Dogg is recreating his California mansion in The Sandbox, a decentralized metaverse game on Ethereum that minted its first wave of virtual lots in the “Snoopverse” yesterday. A plot next to Snoop’s virtual property sold today for close to 71,000 SAND, the native token of The Sandbox, which is about $450,000.

Virtual land in The Sandbox is being sold as NFTs, which are unique tokens that grant ownership rights over digital items—in this case, plots of digital real estate. The Sandbox LAND NFTs can be bought and sold just like any other NFT on platforms like OpenSea.

In response to the news that a plot next to his sold for $450K, Snoop Dogg tweeted out, “Won’t you be my neighbor.”

Mathieu Nouzareth, board member of The Sandbox, told Decrypt that the company approached Snoop about collaborating that "he was immediately very interested in The Sandbox."

"We're going to do multiple things with him," said Nouzareth. "The next campaign is going to be around selling LAND with Snoop Dogg, and then we have this big concert. We sold 1000 tickets, and it's coming early next year."

At a much lower price point, 122 standard LAND NFTs are also for sale at 1,011 SAND in the area around Snoop Dogg’s virtual estate. There are also 67 premium LAND NFTs, which cost 4,683 SAND, with each one including three additional NFTs as a bonus. The bonus NFTs may include private party passes, which grant holders access to Snoop’s private parties in The Sandbox metaverse.

The buyer who paid $450K for one of the “estates” in the Snoopverse is an NFT collector who goes by the name P-Ape. According to their OpenSea account, they have additional notable holdings of Bored Ape #6445, currently listed for 150 Ethereum, and Mutant Ape #11089, listed at 80 Ethereum.

This massive Sandbox LAND auction sale price indicates that some are willing to pay the average price of a multi-bedroom house in Phoenix, Arizona, for a virtual 3×3 plot of land in the Snoopverse.

For better or worse, a huge amount of capital is pouring into the metaverse, with over $100 million invested in virtual real estate in just the past week. Out of that total, a whopping $86.56 million went to The Sandbox alone, which is also working with the likes of music producer deadmau5 and athletic brand Adidas in addition to Snoop Dogg.

But this LAND sale isn’t Snoop’s first involvement with NFTs. He has been collecting and creating art on the blockchain over the past year, collaborating with artist Coldie to release an NFT collection on SuperRare and another collection with the artist behind the Nyan Cat meme. And perhaps most surprisingly, Snoop revealed back in September that he is the prominent NFT whale collector known as Cozomo Medici—though Snoop has remained tight-lipped about it ever since.

Our site may use cookies, which may contain tracking information about visitors, to ensure that we give you the best experience on our website. By continuing to browse this site you agree to our use of cookies.Ok